The last time I checked in to say “hi” monsoon season had just kicked in and we were experiencing the first gentle hints of the wet season. We’ve pretty much been in a holding pattern since then, getting an occasional spitstorm, but not much else. This week, however, we’ve received a 1/4″ of rain two days in a row. I know, exciting, right? For the first time in months, dirt is damp below the mulch. Not very damp, mind you, but damp enough to dig and weed a little. And with a little luck, these small storms will continue. Check out the cloudy skies: 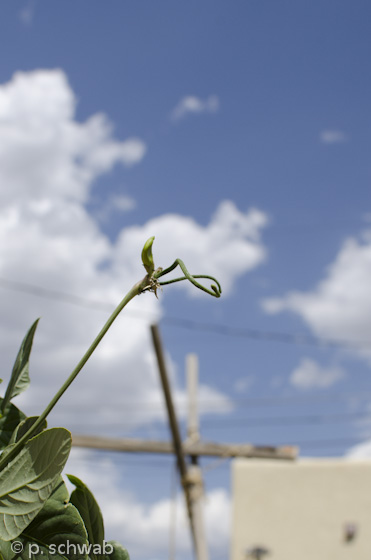 And the beginning of some yard long beans. If I can keep the grasshoppers under control (with the help of the neighborhood roadrunners) I should have a good bean harvest this year.

Also, check this out: 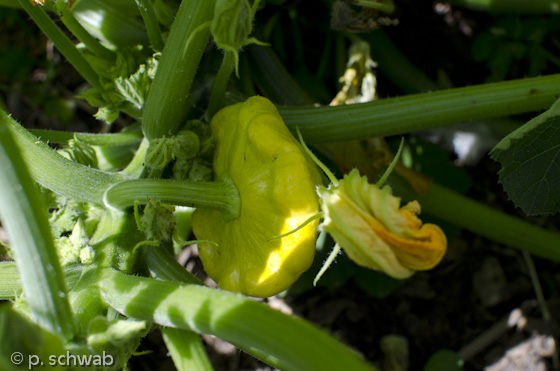 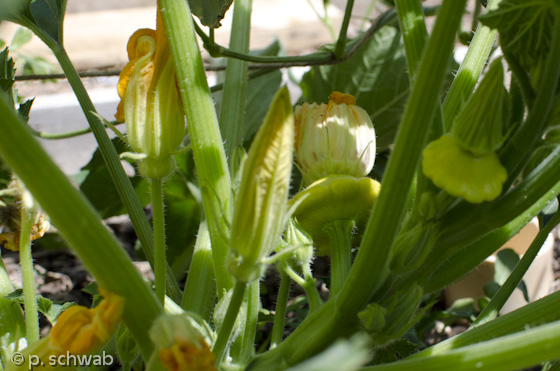 It looks like I’ll actually harvest some summer squash this year. It’s all thanks to the chickens. When nothing was growing in these beds, in desperation, I sowed one last round of squash and covered everything with some uncomposted chicken bedding, just like you’re not supposed to do. Thanks to the nitrogen injection, plants finally started to grow, and now they are vigorous enough to keep ahead of the squash bug damage. My winter squash and pumpkin vines are pretty much all dead due to squash bug damage (despite my daily inspections) and various critters gnawing through the vines. The last time I pulled out a dead vine, a wireworm wriggled out of the damaged area. Next year I really need to remember to install some sort of barrier around the base of the vines.

Anyway, back to the topic of my garden helpers: The flock has been reduced to four. Non-gardener dismissed his squeamishness and assisted with the butchering. Immediately afterwards he was unsure if he ever wanted to do it again, even though everything went well,  but after some time passed and he chowed down on the big batch of sancocho that resulted, he changed his mind and decided he could tackle an occasional chicken butchering. This means that in the future, if we want to, we’ll have the option of raising straight run chicks.

Even though we both felt bad about condemning Duke, the end result is that the reduced flock is friendlier and more relaxed. Ezzie is celebrating by molting – she looks like she’s been attacked with a weed whacker, but she is quickly growing new feathers to fill in the bare spots. When the other aren’t looking I give her extra sunflower seeds for the protein (and to comfort her in her time of distress). 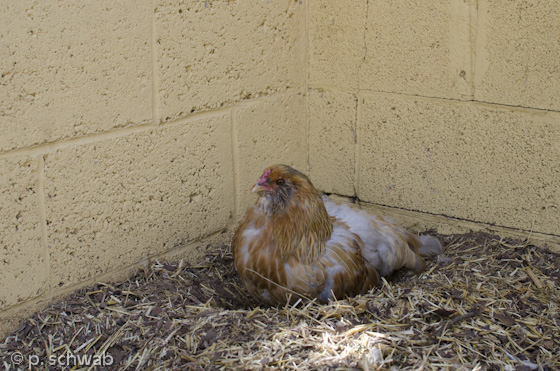 Fortunately Harriet is no longer broody, so at least one hen is laying (it’s amazing at how quickly one becomes spoiled with backyard eggs). Meanwhile, the two no-longer-little girls have filled out and have started to grow impressive combs and wattles. 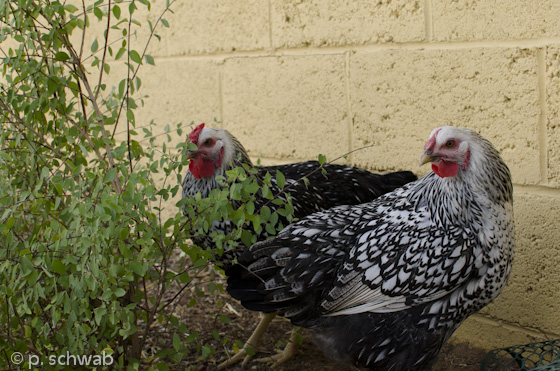 I suspect we may get some small pullet eggs before the days get too short and everyone girds themselves for the approach of the winter solstice.

One Reply to “Garden and Flock Update”