How in the world did an entire month slip by without me noticing? It’s not as if I’m really any busier than usual, but yet, when I look back, I realize it’s been an entire month since I’ve checked in with you. A lot has happened at Less is More in that time. For instance, I’ve watched, one by one, all of my squash plants wither and die. Here’s the remains of the last one: 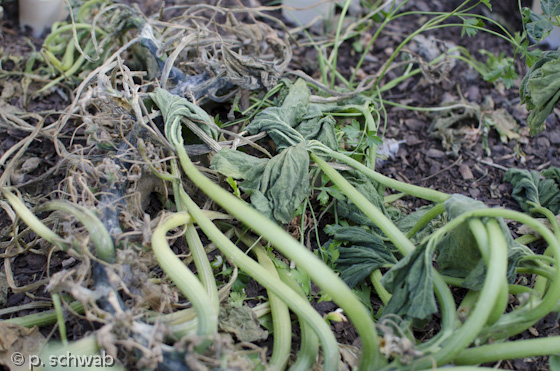 And yet, I’m calling it a successful squash year because I actually harvested 4 or 5 summer squash. Meanwhile, under the category of accidental successes, or WTF?, look what is under the tangled mess of beans in the side yard garden: 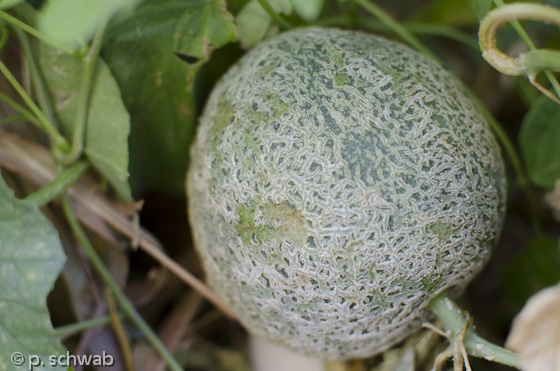 This is what happens when the volunteer compost seedling that you thought was a cucumber, but was really a muskmelon, gets inundated with water from the neighbor’s malfunctioning irrigation system – weird unexpected success. If I can keep the sow bugs from eating any more of it, it looks like I’ll have a tiny melon in my hands soon. That’s absolutely crazy.

Meanwhile, despite the fact that the days are still uncharacteristically hot – afternoon temps are still hitting the upper 90s, I’m frantically trying to get a fall/winter garden started. I managed to kill my first tray of seedlings, so I’m being much more careful with the second: 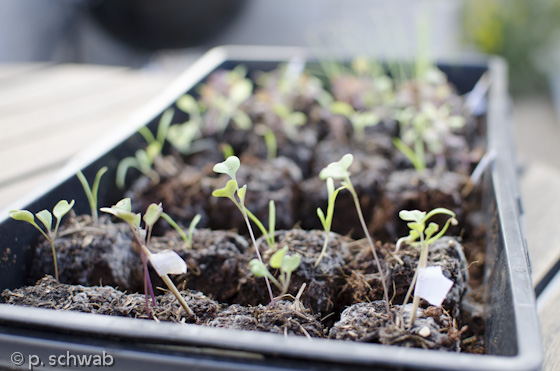 I’ve also been sowing like crazy in the garden hoping that my man-made shade will trick some seeds into germinating, and maybe a break in the weather will allow them to live for more than a day or two. So far I’ve succeeding with a couple of rutabaga, turnip and beet seeds, but I’ll keep trying for more. I did manage to get a small stand of buckwheat, alfalfa and weeds going in a new garden bed: 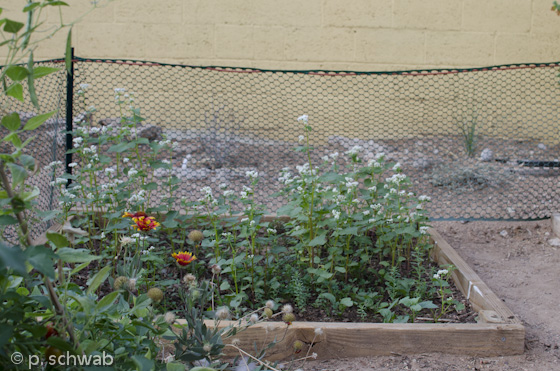 Once the buckwheat seeds start to ripen, I’ll let the hens in to forage and turn it under so I can plant the fall/winter cover. For a change, I’m trying to be responsible and condition the soil a bit before I plant vegetables in the new bed. I’m also trying to be responsible and waiting to plant shrubs and perennials until the weather breaks. The nurseries have all started their Fall sales, so I have a nice stockpile of plants sitting on the front porch, waiting and taunting me. 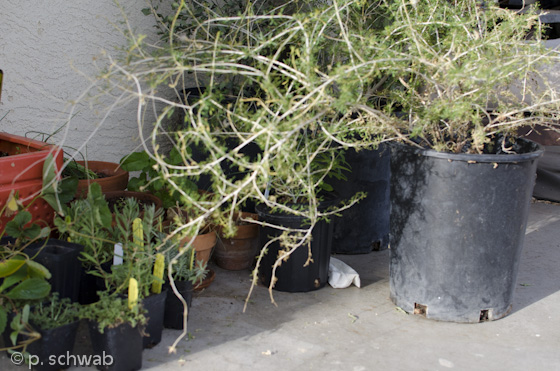 According to the forecasts, Saturday will be much cooler – only in the low 80s, so I’m thinking I may try to get a few things in the ground tonight, even though next week will get hot again. At least there will be a day or two of cool to help with the transition. Although I’m full of complaints about it being so hot and dry, thanks to the changing light and a good bit of regular cloud cover, the garden is actually emerging from summer dormancy. Everything is looking a bit cooler and fresher. Look at how awesomely crisp and white the Apache plume blooms are in the low morning light: 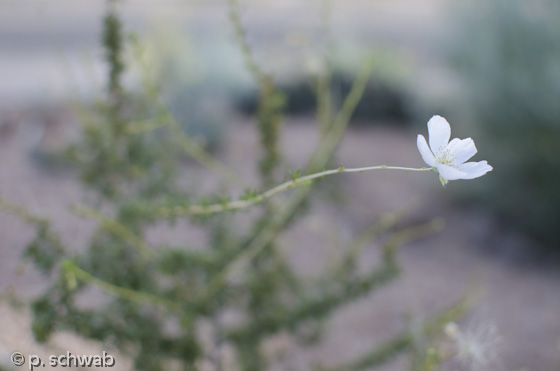 OK, enough rambling about the plants. There are a couple of critters that want to share their big news. 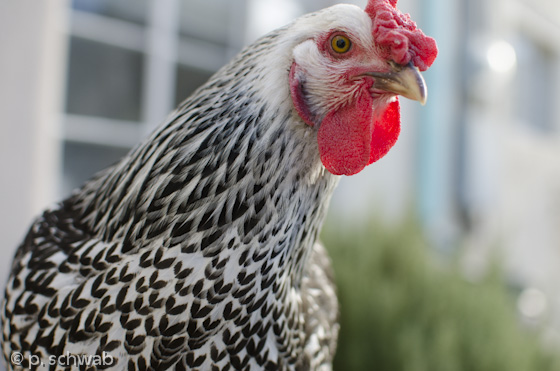 Both of the Wyandottes started laying two weeks ago, at just under 21 weeks old. Even though they were showing all the outward signs of being ready, I was still surprised to see the first perfect tiny egg. Just on time, as Harriet seems to be starting her Autumn vacation, Bandit and Miss Kitty have been laying 6 eggs per week each since starting, so once again I’m flush with fresh eggs. 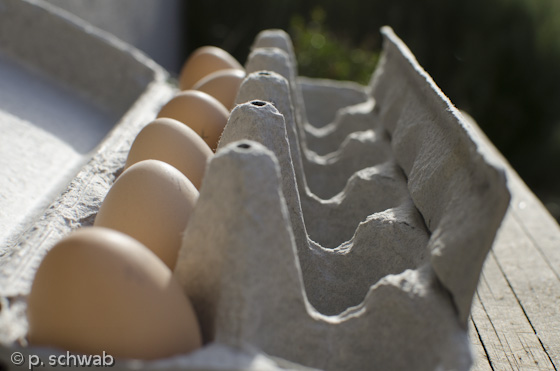