a.k.a Miss Thing, Farrah, or “angry chicken” depending on the day. 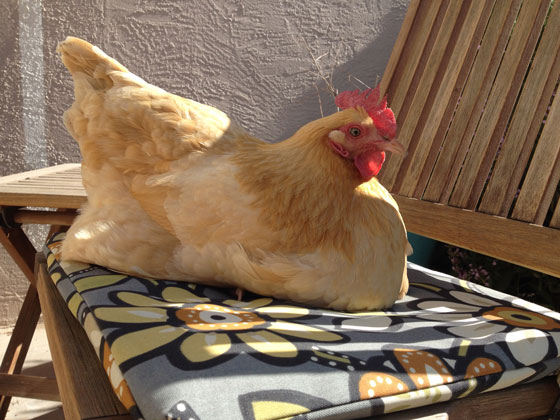 I realized that bossy Harriet was feeling a little off when I returned from out of town 10 days ago, but there were no obvious signs of anything really wrong, except she wasn’t laying eggs, and seemed just a tiny bit lower energy than usual. I made a mental note to keep an eye on her, but I wasn’t able to confirm that there was really something wrong until she lost of her position as “Queen of the Roost” two nights ago – a position that she usually defended vigorously. But, yet, there were still no obvious signs of illness. Her abdomen and breathing seemed fine  – until this afternoon. When I was corralled the free rangers so I could go out this afternoon, Harriet did not come when called. I found her under the rosemary. When I picked her up she was clearly sick, and not a little sick, but gray comb, lethargic, raspy breath, really, really sick. They do that, you know – pretend everything is fine, until it is really not. I quickly ran her a bath (my default course of action when I’m at a loss) while I decided what to do next. After I donned gloves, I pulled her out of the bath to give her a closer exam. While I was inspecting her abdomen and vent, she had a seizure and died within 30 seconds. My best guess is that she was suffering from egg peritonitis that became septic. At the end, her back end and vent were puffy, she had watery diarrhea and difficulty breathing. I’m not positive, though, as neither non-gardener nor I felt up to the task of conducting a necropsy. Of course, just in case it was a communicable disease, I’ll be keeping a closer-than-usual eye of the rest of the tiny flock.

Harriet was our lap chicken – always demanding extra attention or a treat. She was also a mean girl. She was ruthless in defending her place at the head of the flock and she liked to wake me at first light with her loud, insistant bawking. Frankly, she was a bit of a p.i.a., but, yet, she will be sorely missed. 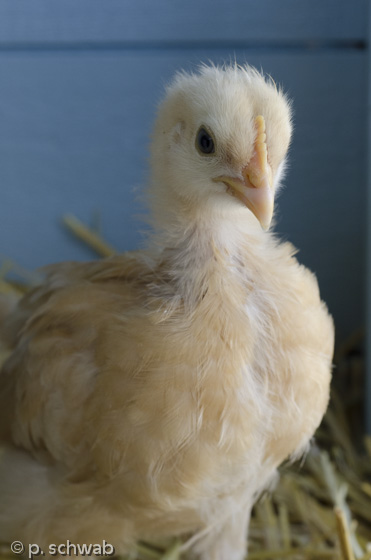