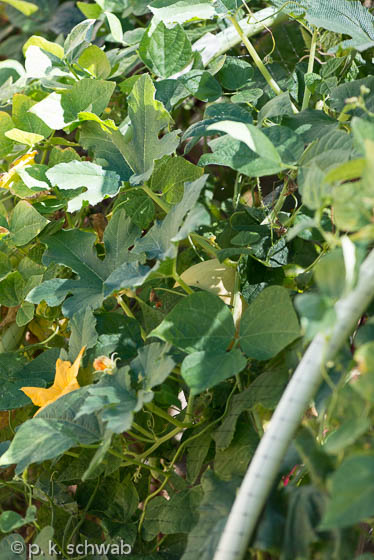 This spring, a very robust squash seedling popped up out of the compost I had applied to a garden bed. This rogue plant was way more vigorous than any of the squash I had actually tried to start (this was an epic squash fail year) so I transplanted it into the designated, and otherwise empty, squash planting area and sort of forgot about it under the tangle of bean vines. Finally, a few weeks ago, I noticed some female blooms and started to get curious – what sort of squash would emerge? Clearly, it would be something that I had cooked and composted, so… well, that it could be almost anything, as I usually buy a large variety of winter squash from the farmers markets in the fall. However, now the mystery is solved – I believe it will be a small pie pumpkin. yum! 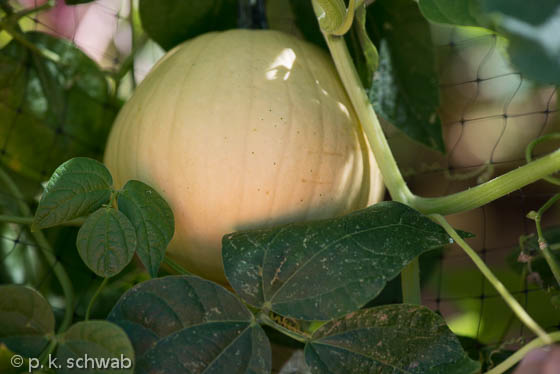 To continue with the theme, things I grow just to see what will be: 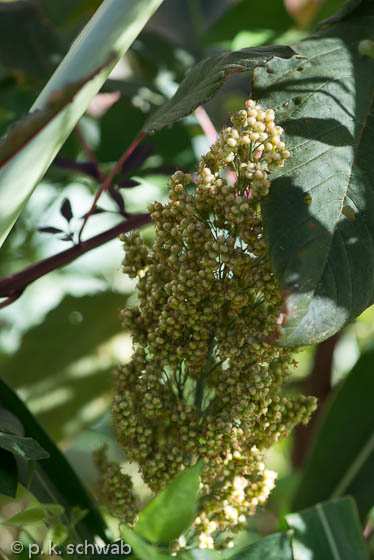 This plant snuck up of one of my watering tubes early this summer. It sort of looked like corn, but wasn’t. Again, I was curious, so I let it go. Now that the seeds are starting to ripen, it’s easier to ID. I think it is sorghum, which makes sense since it is often included in chicken feed, where it goes uneaten. Apparently chickens don’t much care for it – file that under things I learned on the interwebs.

Finally, look at the critter I spotted trying to hide under the chicken coop roof this morning. 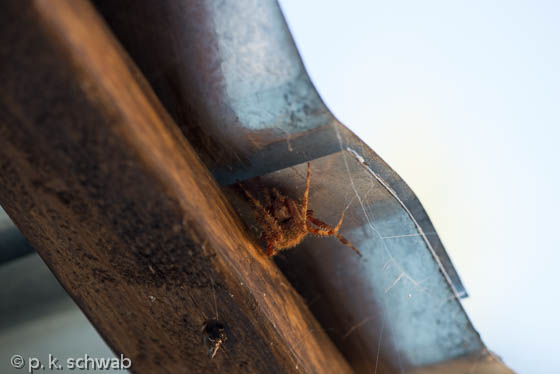 I think it’s a cat-faced spider, but hard to tell since it wouldn’t let me get a good look. It had built a huge and beautiful web overnight. Unfortunately, one of the neighborhood cats managed to destroy it first thing this morning. Hopefully it will rebuild – I imagine it could dramatically reduce the pest population with such a big trap. 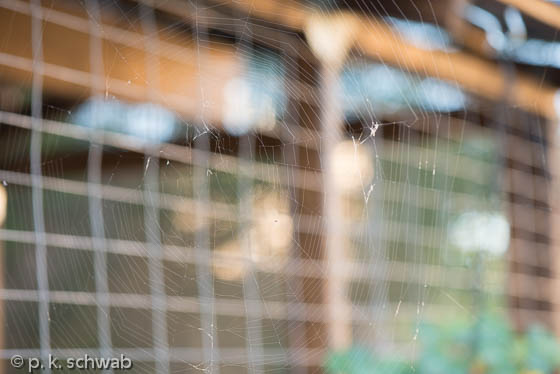