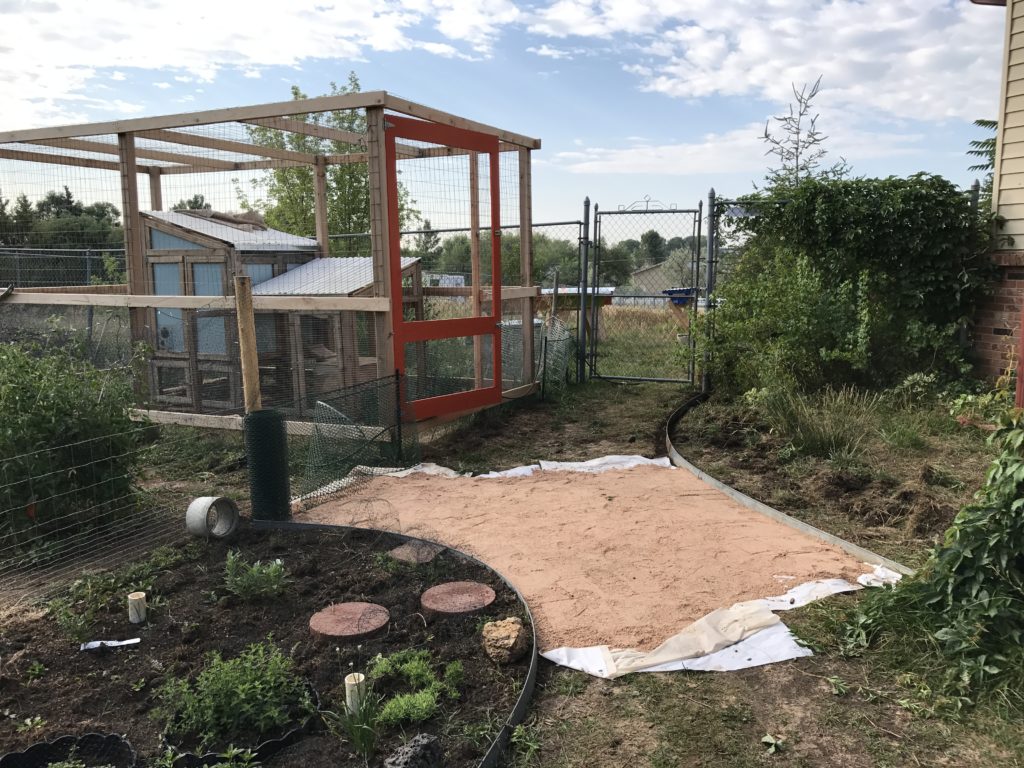 I had 12 tons of breeze a.k.a. crusher fines delivered yesterday. I know, I never thought I’d be tackling that particular project again. I started installing the stone on the walkway outside the chicken run since that gets the most foot traffic, and with the recent rain, we’ve been tracking mud everywhere. I noticed while I was putting it down, the hens showed no interest in scratching around in it, and instead would give it a wide berth when going to and fro. Now that it goes right up to the door, they’re trapped in the run. 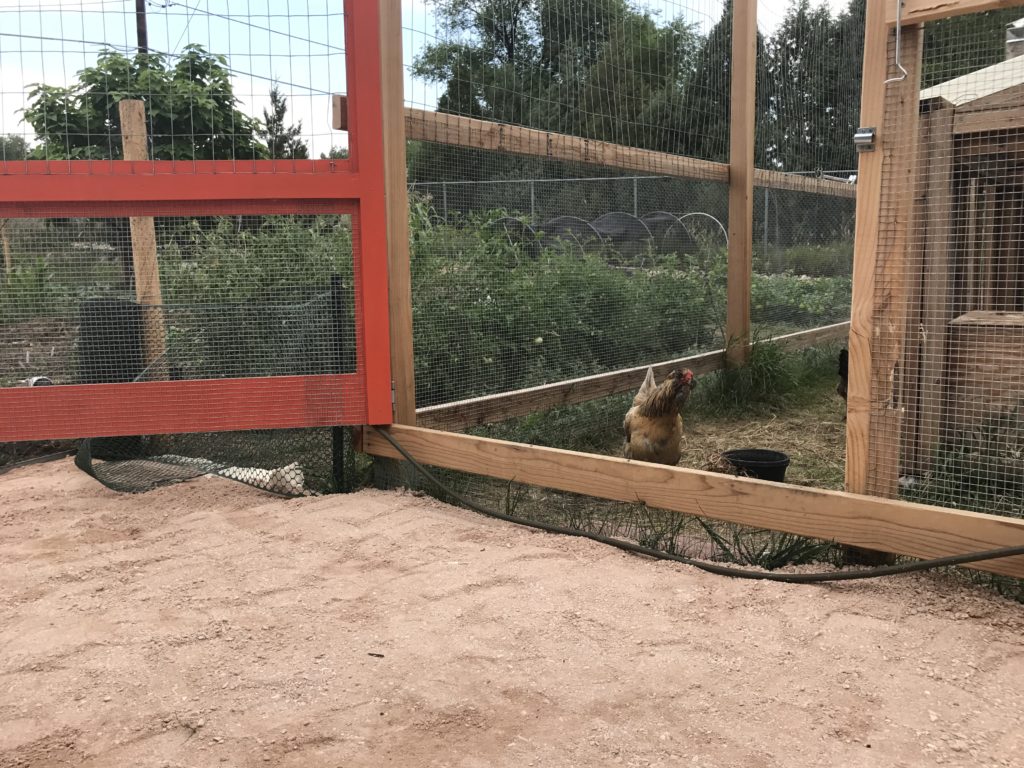 They refuse to walk on it. Not even popcorn or watermelon will lure them out. 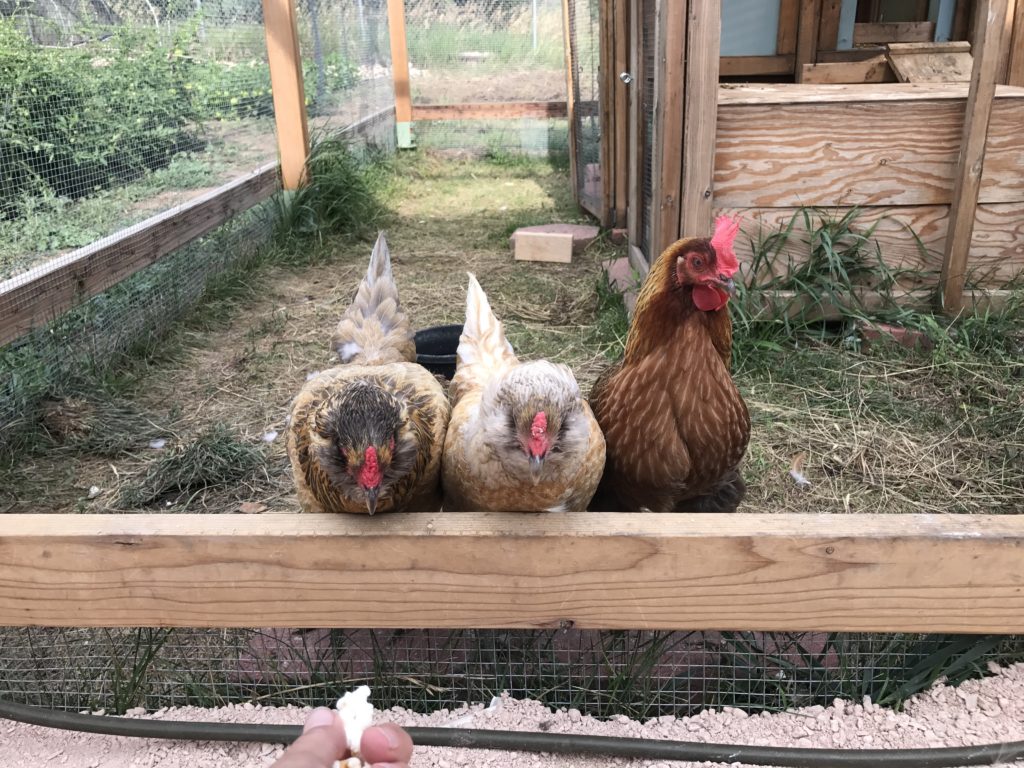 Yes, this is almost the same exact stuff that was on the entire yard in Albuquerque. And yes,  I have carried them out and placed them on the new gravel to show them that it won’t hurt them. Yet, each one has immediately fled back into the safety of the run. At first I was amused, but their terror is so complete I’m starting to feel bad. And also, do they know something that I don’t? Meanwhile, two days ago a hawk swooped down on them, causing them to squawk and scurry under the shrubbery, but within 5 minutes they were roaming again, without a care in the world. I don’t get it. 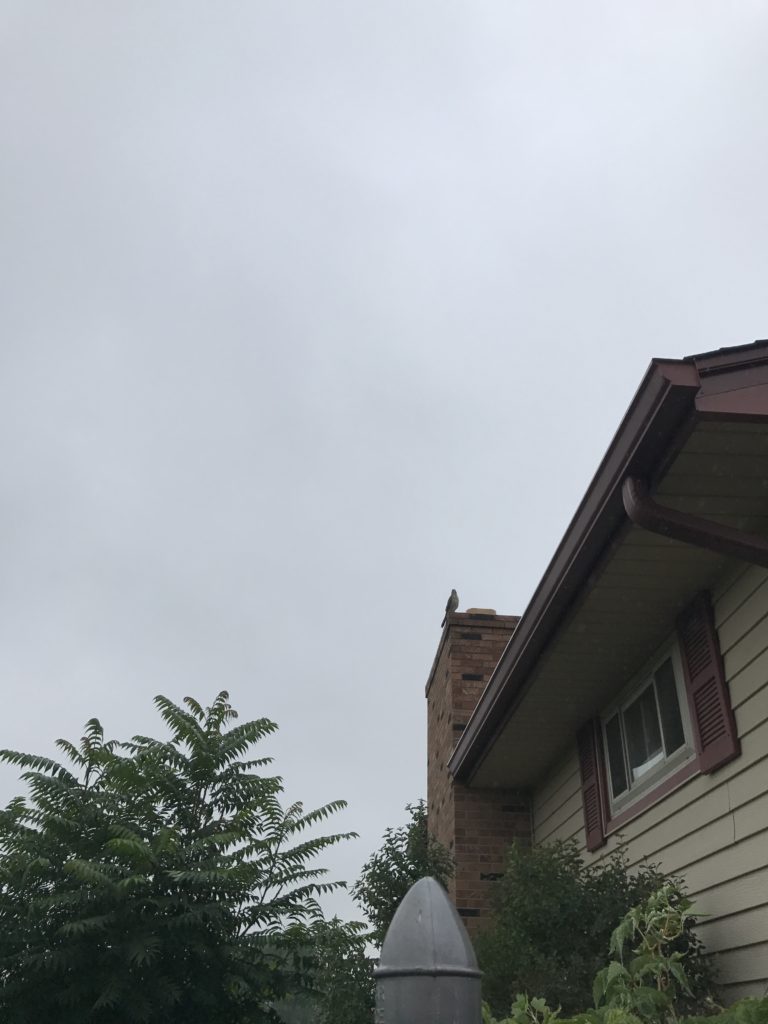