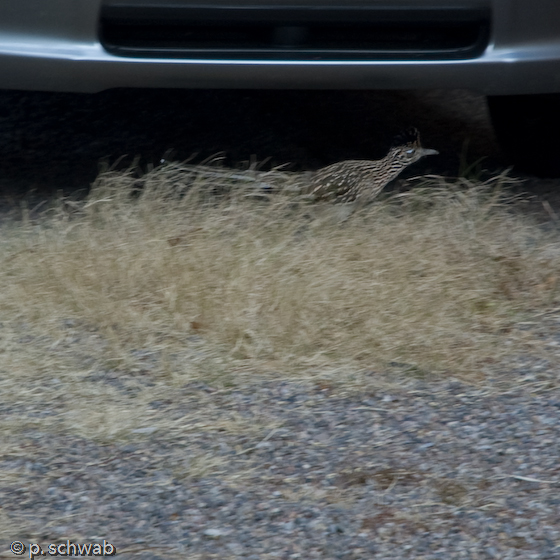 There are no posts for last week because I spent the week hiking in Utah – until the rain and snow arrived, that is. I had to cut the vacation short due to the inclement weather, but returning home to fuller rain barrels consoled me a little. It was also reassuring to see a roadrunner in the yard when I returned. Even though I had completely abandoned the garden for the week, there was a pair of sharp eyes keeping tabs on things. This guy is a ferocious and very successful grasshopper hunter, and will even venture into the venting cold frames to stalk a snack. Since I first spotted our neighborhood predator a couple of weeks ago, there has been a definite decrease in the number of grasshoppers hanging around. 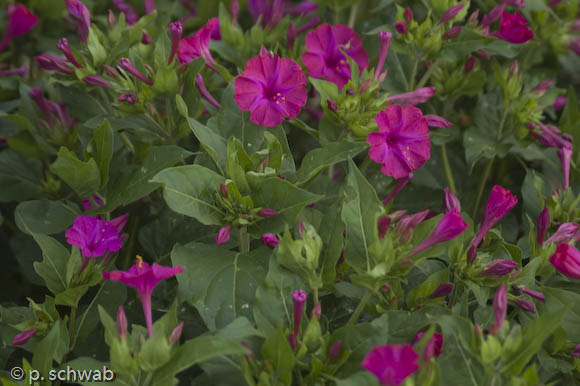 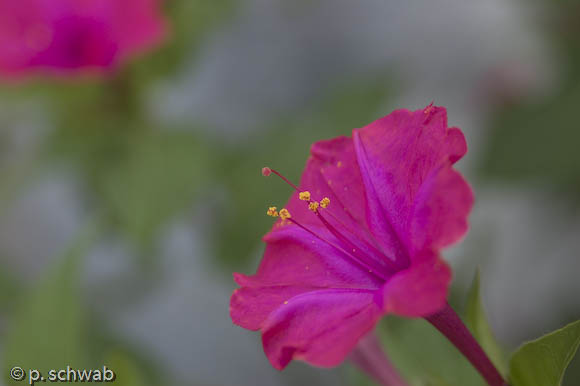 This Colorado/Desert/Giant/Showy Four O’clock (Mirabilis multiflora) is one of the few plants that we inherited from a previous owner when we bought our house. Although, it took me a long time to figure out what it is since it’s much bigger than what was described in all of the plant descriptions I had read. By this fall it will be at least 4′ tall with a 6′ diameter. It had been planted under the drip line of the sunroom roof (the one we tore down a few months ago), but still receives all the runoff from the concrete slab that remains. That is the only irrigation is receives. This seems to be one of the plants that is perfectly timed to explode with the arrival of monsoon season. In a matter of weeks it goes from a small polite mound of emerging greenery to a huge mass of magenta flowers. The flowers have an almost iridescent glow at twilight that is quite spectacular. One evening last week I sat on the patio at dusk watching a hummingbird sip from each and every luminescent flower – it probably took 15 or 20 minutes for the little bird to have its fill at the buffet. Unfortunately, like the few other plants that predate us here, it is planted in a really awkward spot. So, I’m attempting to transplant some of the new young stalks. No easy task since even the smallest stalks have a taproot that is 12″ long. So far, I’ve had one out of two survive, so I think I will try some more. I’d love to reestablish this plant in a spot that can accommodate its sprawl.